The first radio broadcast was made from Brant Rock, Massachusetts on Christmas Eve, 1906, when Reginald Fessenden sent out a Christmas concert to a fleet of ships located in the Atlantic and Caribbean. Since then, radio technology has become a ubiquitous technology for people all across the world. But while these radio waves have been great for communicating between ourselves, they are not all necessarily destined to stay on Earth.

Anatomy of a Radio Wave

Radio waves are just one of many types of waves that make up the full electromagnetic spectrum. They have lower energy and longer wavelengths than light waves—the frequencies our eyes are tuned to see—and like all waves on the EM spectrum, they travel at the speed of light: 186,282 miles per second, the equivalent of 5,878,499,810,000 (5.87 trillion) miles per year—or 1 light-year.

When radio waves are broadcast from a station, they propagate in all different directions. While some hit your car antenna and convert to an audible signal, others keep on a clear path, escaping the Earth completely.

The propagation of these waves follows the inverse square law, meaning the intensity of the signals drop off rapidly as distance increases. They get weaker and weaker in concentration as they venture away from our planet and spread out, but they are, nevertheless, still traveling through space at the speed of light.

With the first radio broadcast occurring in 1906, this means humans have been inadvertently sending radio waves into space in for 109 years. This has created a truly massive bubble around our planet, one that extends 109 light-years in every direction; altogether, our bubble fills a sphere that is 218 light-years across.

Current estimates put the diameter of the Milky Way at about 100,000 light-years across. What this means for us is the radio bubble surrounding Earth, as large as it is, has only stretched 0.218% (1/5 of 1%) into our galaxy. Our humble calls out the universe—Hello, anyone? This is The Archies with Sugar, Sugar—have reached only a mere fraction of the 100-400 million stars that live in the Milky Way. 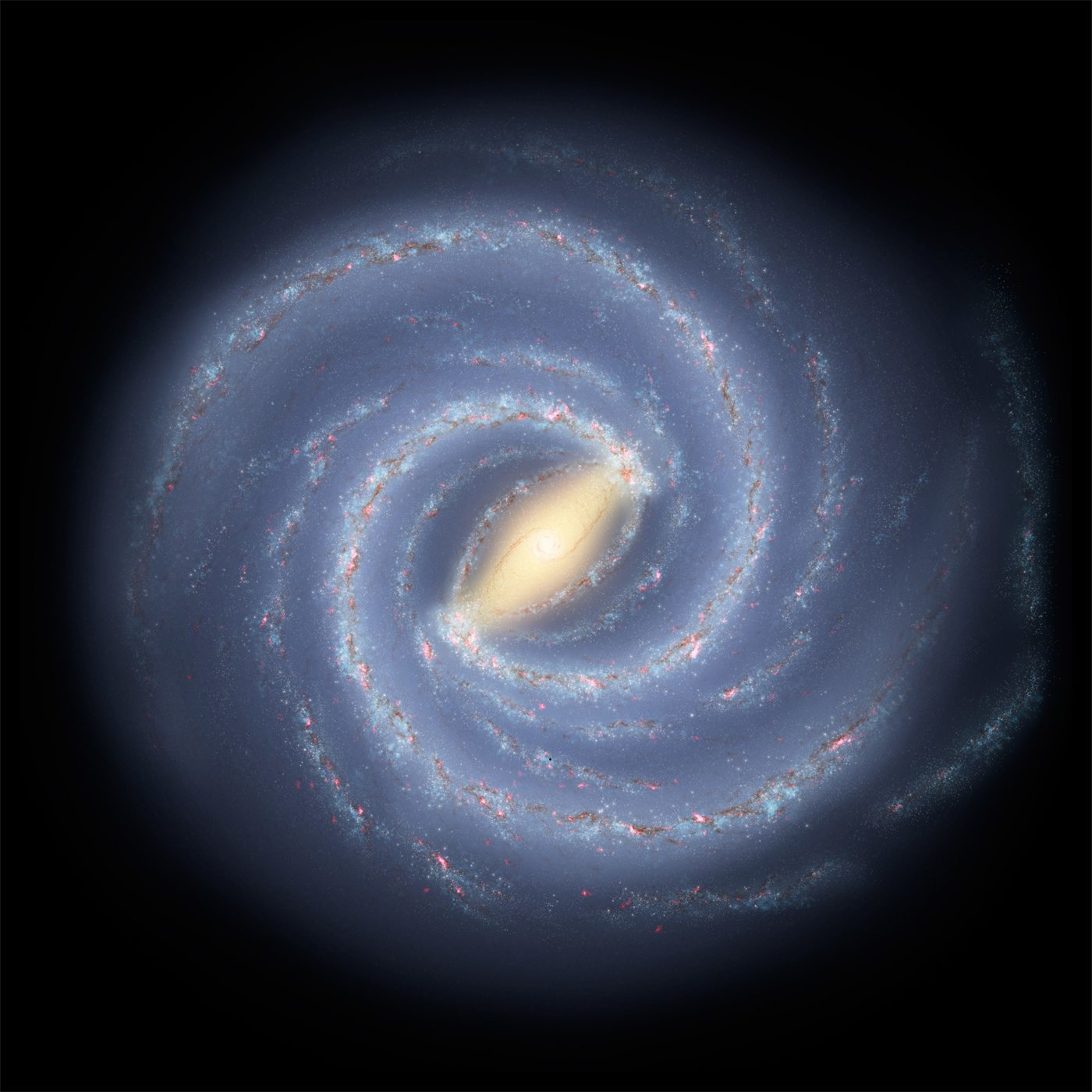 Making our reach even smaller, the Milky Way is only one of 100s of billions of galaxies that make up the known universe. So, even if the sheer number of stars and galaxies around us makes the existence of extraterrestrial life likely, the tiny size of our radio bubble represents just how slow communication is at the largest scales, even traveling at the speed of light.

Be sure to check out lightyear.fm, an interactive site that starts at Earth and zooms out, playing samples of songs that would be broadcasting at further and further points within our radio bubble, all the way back to the first broadcasts ever made by humans.