If someone were to ask, â€œwhere does Earth’s oxygen come from?â€ your thoughts may jump to the plants, the trees, the rainforest. Vegetation does take in carbon dioxide and release oxygen, after all. It’s what we were all taught in schoolâ€”and it’s undoubtedly trueâ€”but this is only half the story.

To address this gap, our attention must shift from the land to the oceans. This is the place where tiny single-celled organisms called plankton live.

Because phytoplankton are plants, they need light to survive and, therefore, live close to the surface of the ocean where the sunlight is plentiful. Here they are able to take in carbon dioxide for energy and release oxygen into the atmosphere.

To get an idea of how prevalent phytoplankton are, take a look at the image below. Scientists take advantage of the fact that phytoplankton contain chlorophyll. Chlorophyll absorbs light differently than surrounding water, so scientists use NASA’s Aqua satellite (specifically the MODIS instrument) to scan the oceans for these differences in absorption, allowing them to detect areas where phytoplankton thrive. 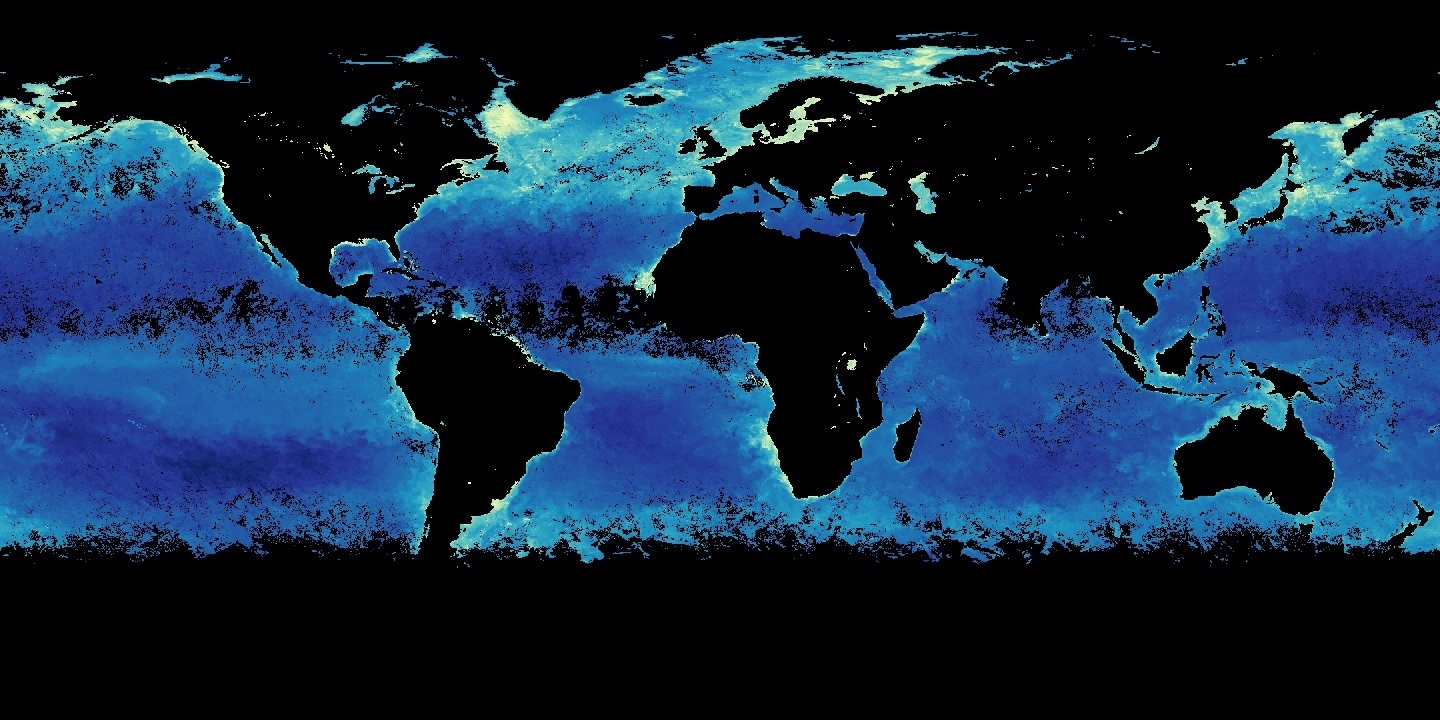 The MODIS instrument has been taking measurements since 2002. This website includes a great animation of phytoplankton concentration data from 2002 thru 2015. As it plays through the seasons, you can see the whole system shift between the northern and southern hemispheres, corresponding with the planet’s angle toward the sun during different times of the year.