NASA successfully flew its New Horizons probe past Pluto on July 14, 2015. Among the data it sent back were brilliant images showing Pluto in sharper detail than ever seen before. These pictures show what certainly looks to be a planet, and yet with all this new information, scientists still won’t assign it planetary status. What gives?

Back in 2006, the International Astronomical Union (IAU) convened with one important goal: to solidify a definition of what makes a planet a planet. The union created the Planet Definition Committee whose job was to gather the professional opinions from a vast range of professions including “astronomers, planetary scientists, historians, science publishers, writers and educators” (source).

Over multiple meetings, a draft resolution was completed and sent to the IAU for review, and a final vote was taken by IAU members on August 24, 2006. The resolution, unemotionally named Resolution B5, concluded that a celestial body must meet three specific criteria to be considered a planet:

The full resolution can be found here: Resolution B5

In the Context of Pluto

So what does this mean for our distant friend? It is certainly true that Pluto orbits the Sun, and as the newest images from New Horizons prove, Pluto is definitely round (Pluto was already known to be round before this, based on its mass). However, the spot where Pluto runs into trouble is the 3rd criterion.

Beyond Neptune lies the Kuiper belt, a massive ring of smaller, icy bodies orbiting the Sun, the remnants from the creation of our solar system. Unlike the 8 planets that rotate around our nearest star in clean fashion, Pluto’s irregular and distant orbit cuts right through the Kuiper belt, meaning it shares its orbit with thousands of other icy bodies. Because of this, Pluto has not “cleared the neighborhood around its orbit” and, therefore, cannot be considered a Planet by today’s standards. 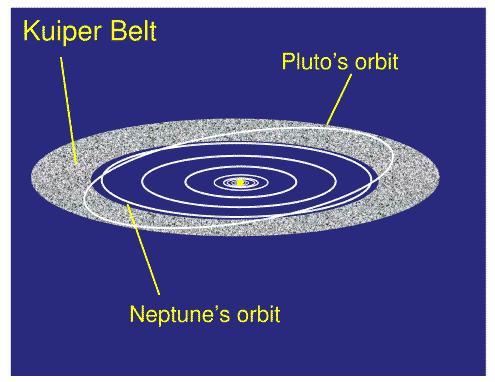 In fact, Plutoâ€”now designated as a dwarf planetâ€”is one of many similarly-sized icy bodies in that region. The image below shows the eight largest known objects beyond Neptune. 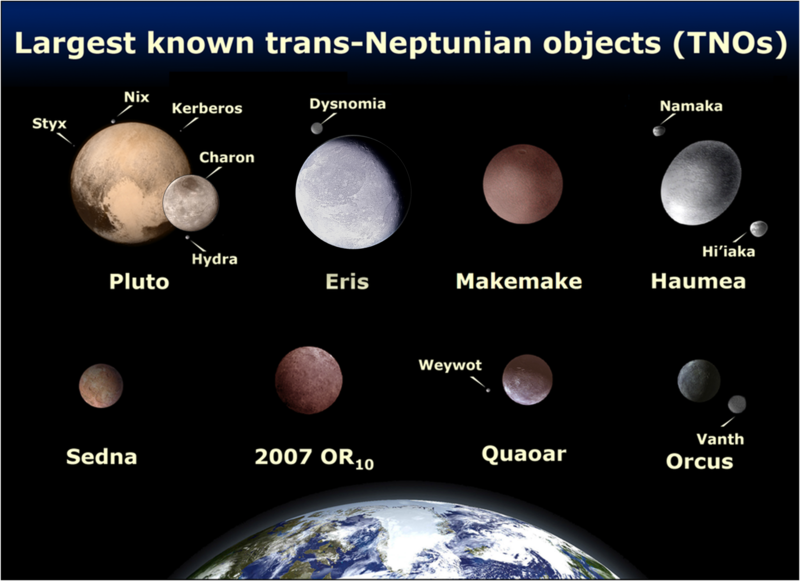 So, unless the IAU has a change of heart and decides to reconvene on how to define a planet, Pluto's planetary demotion will remain intact. However, if Pluto were to become a planet again, it would likely allow for many more similar objects (like Eris) to be labeled as planets, too!

Pluto and the Developing Landscape of Our Solar System