The Cosmic Origin of Aurora

If you are fortunate to live close enough to the Earth’s poles then you may have seen the aurorae, colored waves of lights that move through the sky high above. They have also been the subject of photographic interest for those willing to brave the cold to capture the perfect photo of this phenomenon. At first it would seem that the aurorae happen within the scope of our planet, but the story starts much further away.

Weather on the Sun

Sitting in the middle of our solar system is the Sun, a massive ball of burning gas some million times larger than the Earth. On the surface of our star is a chaotic atmosphere of plasma gas and magnetic fields. You can imagine each set of magnetic field lines as being bound to the surface on either end, attached to the moving plasma below in a massive upside-down U shape. Because of the properties of the plasma, it is attracted to these fields and collects along them. 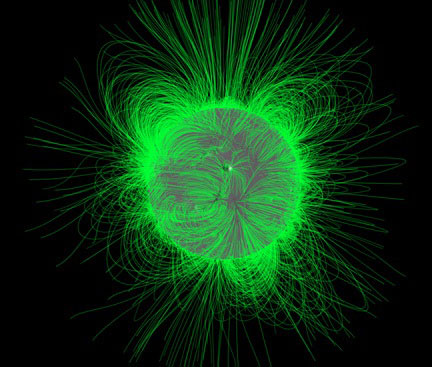 You can see above just how chaotic the magnetic field on the Sun can be. One consequence of this is that field lines can run very close to one another, and in opposite directions. Within this proximity an event called magnetic reconnection can occur. Both of the field lines will cross and break, connecting to each other. The animation below demonstrates this effect.

When this happens on the sun, it releases massive amounts of energy, and because plasma has been riding along these field lines, it too gets released into space in an event known as a Coronal Mass Ejection (CME). Special satellites are able to capture these events, just as the one seen below.

CMEs can be sent off the surface of the sun in any direction. It is when one of these storms is pointed at our planet that we have reason for concern. This is because CMEs carry charged plasma that can interfere with satellites orbiting above and even electrical systems down on Earth. In 1859, an incoming CME was so powerful that it knocked out telegraph lines across America and Europe. In 1989, another CME hit our planet and overloaded power grids in Quebec, plunging 6 million people into darkness for hours. As the technological age grows larger, CMEs are becoming much more of a concern. Luckily our planet has a first line of defense: its own magnetic field.

When a CME reaches us, it first encounters our planet’s field lines. Again, because of the charged nature of the plasma, the magnetic field can scoop up the particles and carry them along the field lines to the north and south poles. When this energy nears the poles, it speeds through the atmosphere, interacting with molecules in the air. It is this interaction between the Sun’s plasma and our atmosphere that gives rise to aurorae. In the north, this phenomenon is coined the Aurora Borealis, and in the south, Aurora Australis. The distance a storm spreads depends on its strength. The more powerful the storm, the further away from the poles the aurorae will reach, allowing viewers closer to the equator to get a glimpse. If storms are strong enough, our magnetic field will not be able to fully absorb the impact and the integrity of satellites and other electrical connections will be in jeopardy.

Our atmosphere is comprised of mainly Nitrogen and Oxygen, 78% and 21% respectively. Depending on the location, the incoming charged particles will produce different colors. At altitudes higher than 150 miles, charged particles from the CME will interact with oxygen molecules. The oxygen will absorb them and re-emit the energy in the form of a red photon. When this occurs over thousands of atoms, it gives off a red glow. Below this height, oxygen interactions give off a greenish-yellow glow. Closer to the ground, around 60 miles up, charged particles will interact with nitrogen and give the aurorae a blue and purple color. 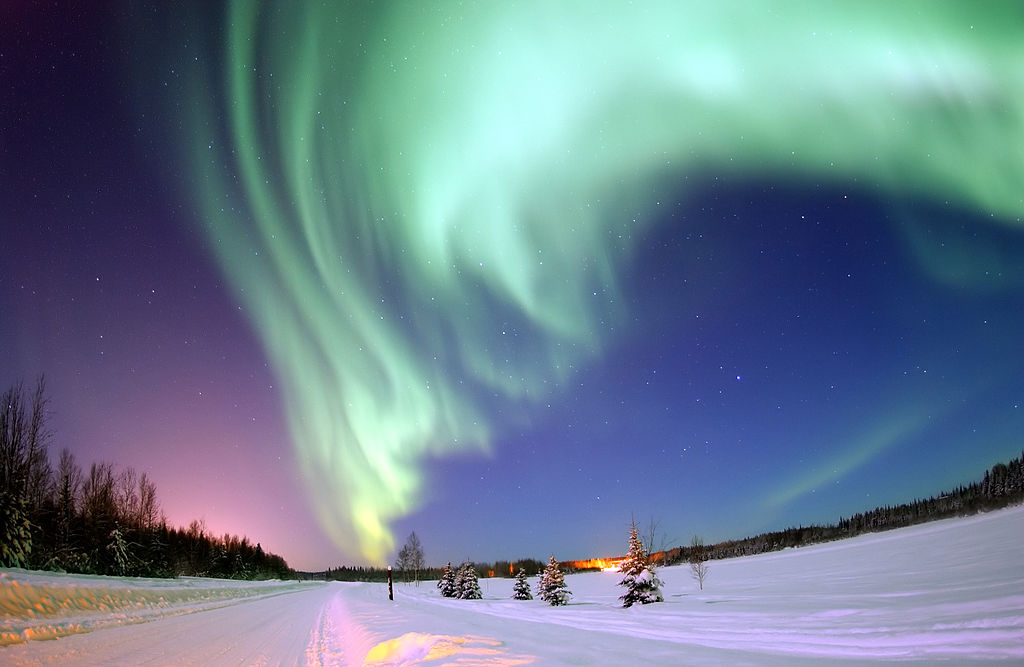 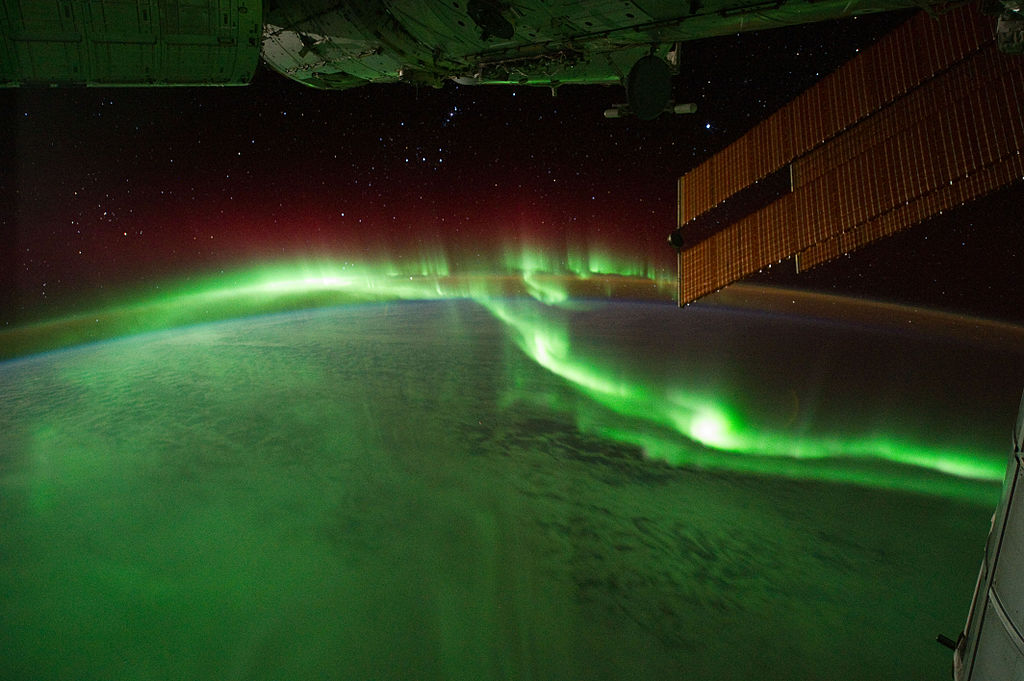 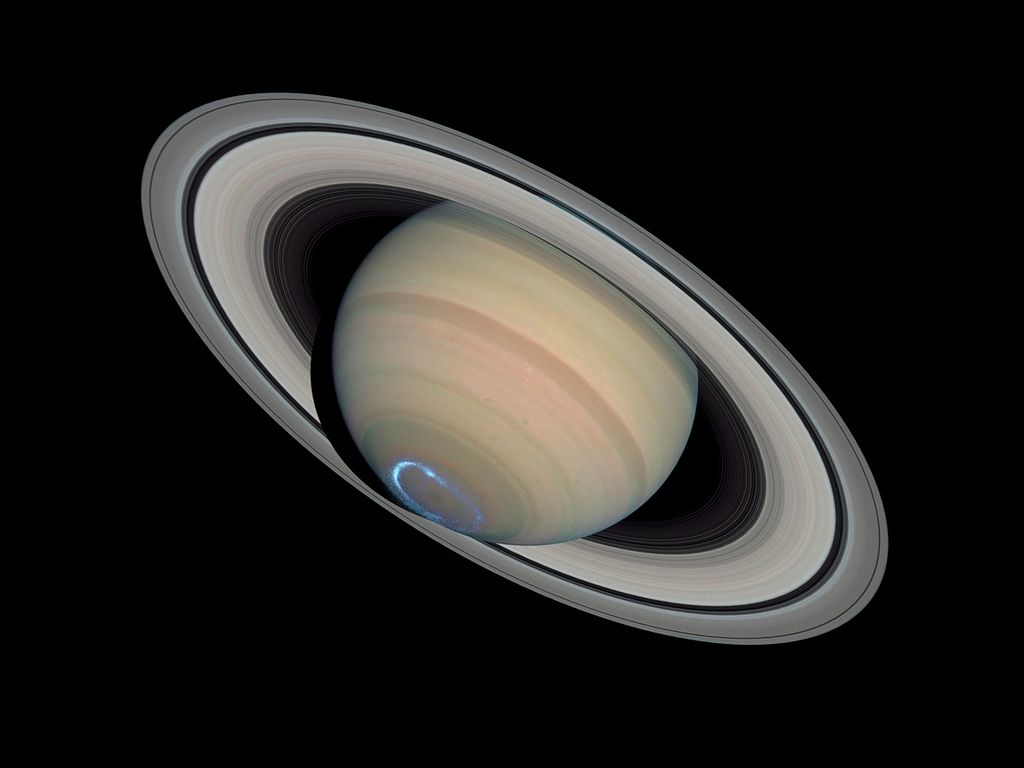 aurora happen on other planets too, here they are captured on Saturn source

It can be tough to think that events that happen 93 million miles away can affect us all the way out here, but it is incredible events like the aurorae that demonstrate just how connected we are to our closest star.

How to Spot a One-way Mirror

What Causes a Lunar Eclipse?

The Strange Solution for Leap Years