Every December 31st, millions of people fix their eyes upon Times Square. Whether people decide to brave the crowds in person or watch from the comfort of their homes, everyone is waiting for just one event: the infamous ball drop to ring in the new year. What was the inspiration for this concept that keeps us watching time and time again?

On ships hundreds of years ago, navigators found it difficult to accurately calculate their position on the map. In order to do so, a navigator needed to know the latitude and longitude. While measuring latitude could be done using the sun’s position, finding longitude was more difficult.

Longitude is a measure of how far east or west one is from a central point. Because navigators knew that the earth takes 24 hours to rotate, this meant that time could be used to measure this value. Following this idea came the invention of a marine chronometer, the first accurate timekeeper for ships.

Sailors now had a great solution for keeping time, but they still did not have an easy way of synchronizing the clocks. To solve this, a Royal Navy captain named Robert Wauchope came up with the idea of a time ball. The idea was that a ball would sit atop a poll and drop at a precise moment to represent the time of day. Around the world, the ball was coordinated to drop every day at 1 p.m., and at 12 p.m. every day in America.

The first time ball was installed at a harbor in Portsmouth, England in 1829. Five minutes before 1 p.m. the ball would raise halfway up the pole. Three minutes later the ball would climb all the way to the top. All the while ship navigators would be keeping a close eye on this activity. Finally, with navigators’ eyes affixed, the ball would begin to drop. The second that the ball started to drop represented 1 p.m., and upon witnessing this event, navigators would synchronize their chronometers.

The effectiveness of this solution proved very popular. Soon, time balls were installed in harbors all around the world and were used for many years before newer technologies took their place. 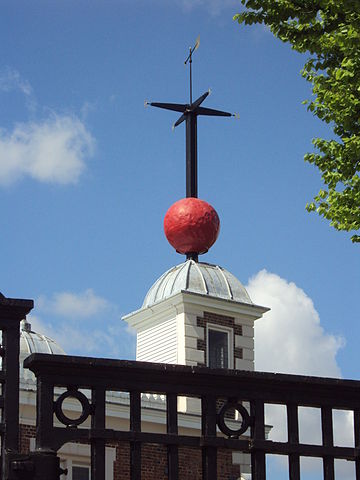 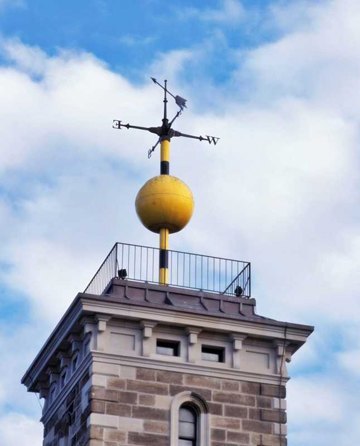 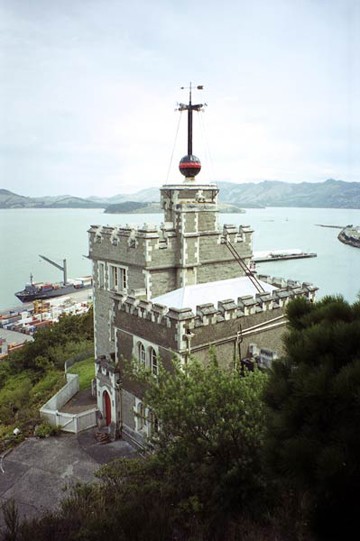 Lyttelton Timeball Station, New Zealand - before being damaged during an earthquake on February 27, 2011 source

Fast forward to 1904. The Times newspaper moved into the old location of the Pabst Hotel and promised a large New Years Eve celebration with fireworks. About 200,000 people attended the event and was such a huge success that it became a yearly tradition. In 1907, looking to add more flair to the event, the company started thinking up ideas. This is when the company’s electrician, Walter Painer, suggested a time ball after seeing one on the Western Union building.

The first NYE time ball was made of iron and wood, weighed 700 pounds, and was dotted with one hundred 25-watt light bulbs, as seen below. 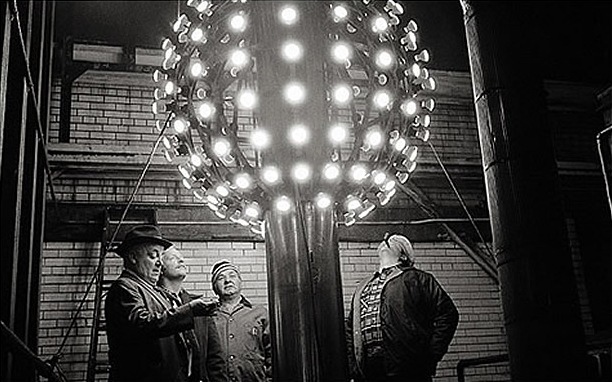 Since then ball has been redesigned 6 times. The one used today is just shy of 12,000 pounds and consists of over 32,000 LEDs! A full fact sheet of the Times Square ball can be viewed as a PDF here.

A Brief History of Time Balls
A Ball of a Time: A History of the New Year’s Eve Ball Drop

How Does Tanning Work?